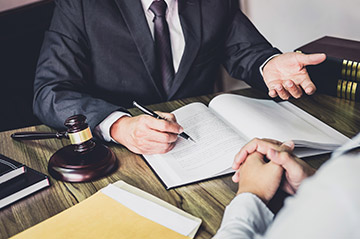 There are United States District Courts throughout the United States and the case should be brought in the correct venue relative to the location of the parties and the dispute. Choosing the best and correct venue for any matter often involves a sophisticated calculus that will often affect the cost and outcome of a case.

SHERMAN IP’s attorneys are well practiced in all manner of federal litigation regarding Intellectual Property disputes and regularly practice in Courts throughout the United States. SHERMAN IP attorneys obtain best possible outcomes for our clients in their matters and bring cases to resolution as quickly as possible.